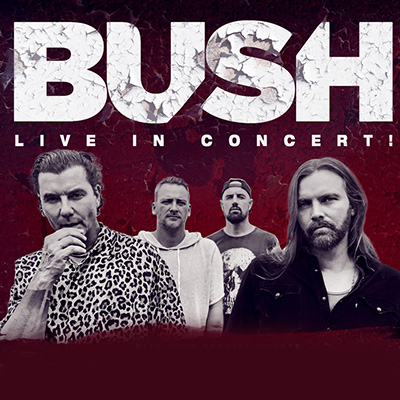 103.7 WMGM presents English Rock band, Bush, at Ovation Hall on Friday, February 17!  The multi-platinum band consists of Gavin Rossdale, Chris Traynor, Corey Britz and Nik Hughs. A hit on radio and MTV, the ’90s band is known for many popular albums including The Sea of Memories and The Science of Things.